What Is the Average Car Accident Settlement? 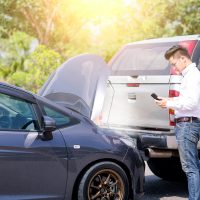 If you’ve been seriously injured in a New York car accident, you may have a claim for damages against the driver who caused your crash. Whenever we take on a car accident client, one of their first questions is always, “How much is my case worth?” The answer, like so many things in the law, is, “It depends.” Several factors affect how much an accident victim is likely to collect. Settlements are based in part on how much actual costs the victim has incurred, and in part on more intangible factors. Below, we discuss what plays into the size of a settlement verdict and what an “average” settlement might look like. If you were hurt in a traffic collision in New York, call a dedicated Bronx car accident attorney for advice and assistance.

There is no one-size-fits-all number for car accident settlements or verdicts. Settlements are based on many factors, including the costs incurred by the plaintiff, the strength of the evidence, and each party’s appetite for risk. Issues that impact how much an injured accident victim can collect include:

How Much Do New Yorkers Get in Car Accident Settlements?

The size of a given car accident settlement depends upon a combination of the actual costs incurred, the plaintiff’s reasonable subjective harm, the strength of the case, and each side’s willingness to push back and take the case to trial, if necessary. If the defendant is very risk-averse and willing to pay anything to get the case dropped before trial, the plaintiff might get a larger settlement. If the plaintiff needs the money immediately and is not willing to risk recovering less later, especially if they lack strong evidence supporting their claims, then they might wind up with a lower settlement.

A person severely and permanently injured by a drunk driver may be able to secure over a million dollars, while someone who suffered only a few broken bones from a defendant who carelessly forgot to yield might only get a few thousand to cover their medical costs. Having a strong attorney building your case and protecting your rights is the best way to ensure you get the maximum compensation available in your matter.

If you or someone you care about has been hurt in a New York traffic accident, find out if you’re entitled to money damages for your injuries by contacting the skilled and compassionate New York car accident lawyers at the Bronx offices of the Kohn Law Firm for a free consultation at 718-409-1200.