What Does Salvage Title Mean in NY? 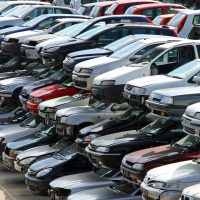 New York law requires that a “salvage title” be issued on a vehicle that meets certain conditions. If a vehicle meets the requirements for a salvage title, proper steps must be taken before the vehicle can be issued a new title certificate. Salvage title may come into play, for example, if your car was totaled in a wreck. Read on to learn about salvage title in New York. If you were hurt in a traffic crash in New York, call a seasoned Bronx car accident attorney for advice and assistance.

Salvage Title: Inspection Before Use

When a vehicle has sustained serious damage, it may qualify as a “salvage vehicle.” A salvage vehicle must be inspected by the Department of Motor Vehicles (DMV) before a new certificate of title can be issued. These inspections are meant to protect consumers who intend to purchase used vehicles as well as to find any stolen items and prevent auto theft and theft of parts.

Salvage title vehicles are typically vehicles that have undergone significant structural damage and may suffer serious operational problems. Owners of severely damaged vehicles must report that damage to the DMV to avoid fines and other penalties.

A vehicle may qualify as a salvage title vehicle if it is eight years old or newer and any of the following conditions are met:

If a salvage vehicle is rebuilt for use on the roadways, the DMV must conduct an examination before a new title can be issued. The new title, if issued, will state “REBUILT SALVAGE: NY.” The DMV will confiscate any parts they identify as stolen, even if the new owner was not involved in the theft. If a major part of the vehicle is stolen (such as the engine or the transmission), the DMV may impound the vehicle.

Not every totaled vehicle will qualify for a salvage title. If the Salvage Certificate indicates any of the following, the DMV will not bother with an examination nor will it issue a new title:

If you or someone you care about has been hurt in a New York tailgating accident, find out if you’re entitled to money damages for your injuries by contacting the skilled and effective New York car accident lawyers at the Bronx offices of the Kohn Law Firm for a free consultation at 718-409-1200.