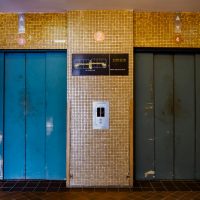 A city like New York, full of soaring high-rises, has tens of thousands of elevators in it. In fact, NYC holds one of the largest stocks of elevators in the world. A 2017 report by the New York City Department of Buildings stated that there are over 84,000 elevators within city limits. The report explains that not only is New York’s population of elevators one of the largest in the world, it’s also one of the oldest. As a result, elevator accidents in the city are troublingly common. Even when elevators are old, building owners and property management companies remain obligated by law to keep elevators in good, safe working order for tenants or residents, as well as for their visitors and customers.

The basic components of an elevator accident lawsuit

Any successful lawsuit based on an accident will need to include proof of the elements of a claim for a personal injury. In the event of an elevator accident, these elements are:

If any of these elements cannot be shown, then a lawsuit for damages is likely to fail. For example, if the victim had back injuries that predated the elevator accident, and the victim cannot prove that the accident made those injuries measurably worse, then the claim will fail. However, it is important to discuss such a claim with an experienced attorney before abandoning a claim for elevator accident damages.

Figure out who is responsible for the elevator’s failure, and remember that it could be more than one party

One of the most important steps in bringing a lawsuit for personal injuries is including the proper individuals and companies as defendants in your claim. Choosing the right defendants often depends on knowing the reason that the accident occurred and can require weeks of investigation to determine. In many cases, fixtures such as elevators fail due to poor maintenance by building managers and owners, or a reluctance to make repairs due to cost, but this is not always the case. Perhaps the building’s owner was careful in having the elevator regularly serviced by a reputable maintenance company and had no reason to know that the elevator had serious mechanical issues. In that case, the building’s owner might not have been negligent, but the maintenance company may have been careless in performing inspections and failed to detect a major mechanical malfunction. In other cases, the elevator may have had a fatal flaw in its design or manufacture, making the original manufacturer or designer responsible for the accident. Often, more than one party is responsible for an elevator accident, and a seasoned New York elevator accident lawyer will have the necessary experience and resources to investigate these incidents thoroughly to determine the identity of all responsible parties.

Finding the right lawyer is a critical first step

If you believe that you’re owed damages after an elevator accident in New York City, finding the right attorney is the first step in getting the money you need to help you pay for medical bills and compensate you for any pain and suffering. Contact a seasoned and trial-ready Bronx personal injury lawyer at the Kohn Law Firm for a no-cost consultation after a New York elevator accident.