Can I Sue My Employer After I Get Hurt on a Construction Site in NY? 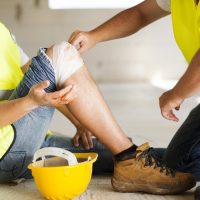 Construction is a dangerous occupation. Construction workers suffer more serious injuries than workers in just about any other industry. In many cases, these injuries occur because the construction company cut corners and failed to provide appropriate safety equipment, training, or other materials. If you are hurt on the job while working construction, can you sue your employer? What if the accident clearly could have been prevented had the site been equipped with proper safety measures? Continue reading to learn about circumstances under which you can sue an employer after a construction site accident, and call a dedicated New York construction accident lawyer for assistance with a claim.

The Default Rule: Workers’ Compensation Only

In New York, employers are required to carry workers’ compensation insurance for the benefit of employees. Workers who are injured on the job can file a claim under the workers’ compensation policy and recover benefits for lost wages, medical bills, and other incidental expenses. Workers’ comp is beneficial to workers in that the claims process is much more streamlined and less contentious than a lawsuit. So long as a claim properly falls under the workers’ comp policy (and neither the employer nor the insurer is employing shady tactics to avoid a claim), workers can expect to start receiving benefits very soon after their injury. Whereas a personal injury lawsuit can take months or years to either settle or resolve at trial, workers’ comp claims should be resolved within a month.

There is, however, a significant limit to the damages available in a workers’ comp claim. Personal injury damages that would be available in a lawsuit, such as pain and suffering or emotional distress, are not covered under workers’ comp. Those types of damages can add up to a significant, and justified, award when an injury is caused by another party’s negligence.

Exceptions to the Rule: When You Can Sue Your Employer

Additionally, in the rare circumstance where an employer deliberately injured an employee, the employee can sue the employer directly. While negligence alone is not sufficient to get outside the workers’ compensation mandate, if the employer acted with the express intent to harm the employee, then a personal injury lawsuit (in addition to potential criminal charges) is available.

Injured workers may be able to file claims against parties other than their employer or co-workers after a construction site injury. New York Labor Law §240, for example, grants construction workers a legal remedy if they were injured in a fall from a high place (such as from scaffolding or a ladder) and the accident was caused by a lack of safety measures or equipment provided by the property owner or general contractor.

Moreover, under certain circumstances, an employer can get pulled into a third-party lawsuit. If a construction worker suffers “grave injury” in an accident, and a third party is liable, the third party might be able to require the employer to indemnify (pay back) the third party for some of the damages owed to the injured worker. “Grave injury” is specifically defined under New York law and includes severe maladies like loss of limb, paraplegia or quadriplegia, blindness, deafness, disfigurement, or disabling brain injury.

If you or someone you love has been hurt in a construction accident in New York, find out if you’re entitled to money damages for your injuries by contacting the knowledgeable and passionate New York construction injury lawyers at the Bronx offices of the Kohn Law Firm for a free consultation, at 718-409-1200.