What is “Proximate Cause” in a Car Accident Case? 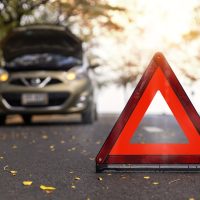 Legal papers, lawyers, and judges tend to throw around a variety of legal jargon throughout court proceedings. Many car accident cases turn on the issue of “causation,” meaning who was actually at fault for the accident. The law splits up various types of causation, however, and different types of causation have different legal consequences. To learn about how proximate cause figures into car accident cases, continue reading. Call a knowledgeable New York personal injury lawyer for help pursuing a New York car accident claim, premises liability claim, or any other negligence-based lawsuit.

Proximate cause is a legal term describing a particular type of causal factor for an event. The law distinguishes between “proximate cause” and the “cause-in-fact.” The distinction can easily become nuanced and confusing, and in many cases, they are one and the same. When the proximate cause and cause-in-fact are different, however, finding the right party to hold liable for an injury can be complex and challenging. There can also be multiple proximate causes of an injury.

An example can help illustrate the difference: Let’s say a car (driven by Driver A) swerves into the oncoming lane and hits a car heading the other way; the driver of the second car (Driver B) is hurt in the wreck. The car swerving into oncoming traffic is clearly a cause-in-fact of the other driver’s injuries. However, let’s say that Driver A only swerved because a jaywalker ran out in the middle of the road; Driver A swerved to avoid hitting the jaywalker. We can then say that the jaywalker’s actions were the proximate cause of the accident that ultimately injured Driver B. The same logic might apply if Driver A swerved because his steering mechanism malfunctioned; the defective car parts were the proximate cause, not any wrongdoing by Driver A.

Finding the proximate cause (or causes) of an accident is vital in assigning liability. In the examples above, the jaywalker or the auto manufacturer would be the proper parties to hold responsible for any injuries, not our innocent Driver A, because their negligence was the true proximate cause of the accident.

There can be multiple proximate causes for an accident, leading to multiple liable parties. In the example given above, let’s say the jaywalker ran into the street and Driver A tried to slam the brakes, but the brakes malfunctioned, causing Driver A to swerve into Driver B’s car. Now, the jaywalker and the auto manufacturer may both be partially responsible for the injuries suffered by Driver B (and Driver A, if Driver A also suffered an injury in the crash).

Finding the Proximate Cause in Your Car Accident Case

Proximate cause is not always straightforward. It’s easy when one party’s negligence directly harms someone else (e.g., a drunk driver loses control and hits a pedestrian). It’s difficult when one party’s actions cause trouble down the line–one pedestrian walks into traffic, causing a bicycle rider to swerve off the path into a different lane, causing a driver to slam his brakes, leading to a rear-end collision. Perhaps the driver’s windshield was dirty because they forgot to replace their washer fluid, or they were texting just before the bike rider came into their lane. Now there are multiple parties whose negligence contributed to the accident, and it can be hard to say which was the (or a) proximate cause. Often, the last person in line is not even aware of the chain of events leading up to the injury.

There’s also an issue of foreseeability–is the injury that resulted a normal and foreseeable result of the negligent behavior? If someone on the sidewalk stops to gawk at a car accident in the street, only to be hit by a bike rider, can the gawker sue the negligent driver who caused the car accident? Surely they would not have stopped to look had there been no accident, and thus would not have been injured. In that example, the pedestrian’s injury is likely too far removed from the negligent driver’s conduct to have been proximately caused by the driver. These nuances have kept many lawyers, law professors, and judges up at night.

Your attorney will investigate the circumstances of your accident and put together the picture of all relevant parties, distilling who may and who should be held liable for your injuries. Different legal tests may apply in different settings. In New York, courts typically ask whether the defendant’s actions were a “substantial factor” in bringing about the plaintiff’s injuries.

Get Help After a New York Car Accident

If you have been injured in a car crash as a result of someone else’s negligence in New York, find out if you’re entitled to money damages for your injuries by contacting the experienced and trial-ready New York personal injury lawyers at the Bronx offices of the Kohn Law Firm for a free consultation at 718-409-1200.