Who is Responsible in a Multi-Car Crash? 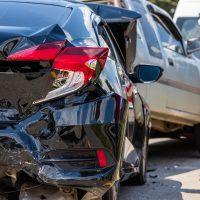 Multi-car crashes or multiple vehicle accidents occur when more than two cars get caught up in an accident. Sometimes, one vehicle hits another and causes a chain reaction of collisions. Other times, two vehicles will crash and additional cars following them will be unable to avoid joining the fray, leading to a multiple-vehicle pileup. When more than two cars are involved in an accident, who is legally responsible? As always, the answer is: It depends. Read on to learn about assigning liability in a multi-car crash, and contact a seasoned Bronx car accident lawyer for help after a New York traffic accident.

What Type of Crash Was It?

Ultimate liability for an accident often turns on the nature of the crash itself. The most likely at-fault party for a rear-end collision will be different than for a T-bone crash or a rollover accident. In a rear-end collision, for example, usually the car in the rear is at fault. Drivers are expected to maintain sufficient distance from vehicles in front of them to be able to slam the brakes or swerve to avoid a collision; unless the driver in front did something particularly reckless, the driver in the rear is likely responsible. If that rear-end collision causes a chain reaction, smashing into a line of cars in front, the car in the back is often held responsible for all of the damage.

With other types of accidents, the question gets more complicated. If one car collides into the side of another, and one or both vehicles strike a third or cause a pileup, then the question of liability will likely turn on who caused the original crash. Did one driver run a red light? Was a driver intoxicated? Did a driver turn left or change lanes without signaling? Was one of the drivers speeding or driving recklessly? The analysis will be much the same as if there were only two cars involved: Who was negligent, and did that negligence cause the crash? Additional vehicles that become involved after the initial impact will likely look to whoever caused the initial crash. The chain of causation in a multi-vehicle crash can be hard to prove, which is why it is important to retain a savvy car accident lawyer for assistance.

It is very possible that more than one party was negligent in a given accident. New York uses a system of comparative negligence in car accident cases, meaning that each person is responsible for the damages caused by a crash in proportion to their percentage of fault. If one driver ran a stop sign and hit a second driver, but the second driver was texting while driving, a jury might decide that the texting driver was 25% at fault. The texting driver would be able to recover only 75% of their damages from the other party (meaning they are responsible for 25% of their damages).

If a third driver was injured and had 0% fault, then they would be able to recover their damages from the other drivers in accordance with each of their levels of fault. In the example given, they could recover 75% of their damages from the driver who blew the stop sign, and 25% of their damages from the texting driver. Apportioning fault among multiple drivers can easily become complex, especially as each party brings in their own insurance company to muddy the waters. It takes a knowledgeable and detail-oriented car crash attorney to ensure that you get maximum compensation from all responsible parties.

Trusted Advice and Representation After a Bronx Car Accident

If you or someone you love has been hurt by someone else’s negligence in New York, find out if you’re entitled to money damages for your injuries by contacting the dedicated and passionate New York car crash lawyers at the Bronx offices of the Kohn Law Firm for a free consultation at 718-409-1200.