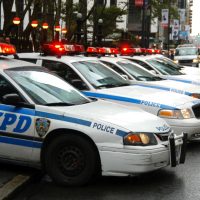 A young woman was tragically killed in the Bronx when she was struck by a speeding NYPD vehicle. The family recently filed a notice with the city stating that they intend to sue the city for damages as a result of the accident. Continue reading for details about the accident and how claims against the city operate. Call a dedicated New York car accident lawyer for help with a car crash injury claim.

A 20-year-old Bronx woman was on her way home from work at a White Plains bakery on a recent Monday afternoon when she was suddenly struck by a marked police cruiser. She was walking across the street in a crosswalk on Pelham Parkway South at Wallace Avenue, just a few blocks from her home when the accident occurred. The accident happened at around 3:25 p.m. She was taken to Jacobi Hospital for treatment, where she succumbed to her injuries and passed away several days later.

According to officials, the officers were on their way to aid colleagues in a confrontational car stop on the Whitestone Bridge. Witnesses state that the police cruiser had its lights on but that it was speeding through the intersection at speeds over 60 miles per hour when the woman was struck. The family of the victim filed a notice of claim stating their intention to sue the police department and the city, alleging that the officer “fail[ed] to heed right of way” to the young lady, “fail[ed] to observe and heed road and traffic controls and conditions” and was not “adequately skilled (and) trained to operate (the) aforesaid vehicle.” The family is seeking millions of dollars in compensation for their lost loved one.

Can You Sue the City for Police Negligence?

Lawsuits involving the government are much more complicated than those involving private citizens. The government enjoys “sovereign immunity,” which means that they cannot be sued unless they pass a law allowing themselves to be sued in a specific instance. In New York, you can sue a city for personal injury arising from the negligence of a city official, but there are specific rules and limitations about how those claims must be brought.

If, for example, a police vehicle crashes into your car, you could bring a negligence claim. You must, however, file a Notice of Claim concerning the accident with the city within 90 days of the crash. Filing the Notice is vital for bringing a claim against any government agency in New York, including law enforcement.

Once you file your Notice of Claim, you have one year and 90 days from the date of the accident to bring a civil lawsuit against the police department. Typical car accidents have a longer time for filing a claim (a longer “statute of limitations”), so it is important to consult with an attorney as soon as possible after an accident to avoid losing out on your rights due to legal technicalities.

You and your attorney will need to demonstrate that the officer was acting negligently, just as you would with any other negligent driver. Claims against government officials can be tricky to prove, however. If, for example, the officer was in the middle of a high-speed chase with a dangerous criminal, were they nevertheless driving recklessly? A savvy Bronx car accident lawyer can help you prove your case.

Get Help With Your Bronx Car Accident Injury Claims

If you or someone you care about has been injured in a New York car crash, find out if you’re entitled to money damages for your injuries by contacting the dedicated and effective New York car crash lawyers at the Bronx offices of the Kohn Law Firm for a free consultation at 718-409-1200.