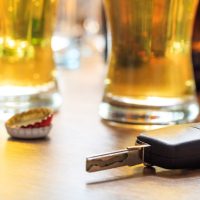 What is Dram Shop Liability?

A dram shop is an antiquated term for a commercial establishment that sells alcoholic beverages, including bars, taverns, restaurants, and other establishments. “Dram Shop” liability refers to a situation in which an intoxicated person, after leaving the establishment, causes injury to a third party. The accident victim already has a personal injury claim against the drunk driver. With Dram Shop liability, the victim also has a claim against the bar or restaurant that served the drunk person their drinks. The bar’s liability is generally based on their having violated some other law meant to protect the public, such as a law against serving alcohol to underage patrons or people who are already drunk.

The situation commonly arises when there’s a drunk driving accident. A bar patron is clearly too drunk to drive, or even to function in public, and the bartender continues serving them drinks. The patron leaves the bar, gets behind the wheel, and causes an accident. The driver of the vehicle the drunk driver hit then turns around and sues not only the drunk driver but also the bar that served the driver the drinks and then let them drive.

Is There Dram Shop Liability in New York?

In New York, injured victims do, in fact, have a right of action against bars, restaurants, and other “dram shops” that sell alcohol, should one of their patrons cause injury as a result of their intoxication. To prove Dram Shop liability in New York, the plaintiff must establish the following elements:

While drunk driving accidents are the most common reason for invoking Dram Shop liability, any injurious incident will work. If a drunk person accidentally knocks you down a flight of stairs, you could have a claim against the bar that sold them drinks under the Dram Shop liability theory.

Dram Shop liability does not apply in all situations. All elements must be met. First of all, liability extends only for the unlawful sale of alcohol to the person who caused the accident. If a social host or an employer gives drinks to someone, they are not liable under the Dram Shop theory. (There is a separate theory of liability for someone who gives rather than sells alcohol to a minor should that minor’s intoxication then lead to injury.)

The drunk patron cannot sue the bar for their own injuries. Nor is there a wrongful death claim for survivors of the intoxicated person if they kill themselves in an accident. Dram Shop liability is for injured third parties only.

The plaintiff must be able to demonstrate either that the intoxicated person was under 21 years old or that they were “visibly intoxicated.” Proving visible intoxication can be a challenge and likely requires eyewitness testimony demonstrating that the bartender or other provider should have known the person was clearly intoxicated.

Talk to your car accident injury lawyer to find out whether you might have a claim for Dram Shop liability and how best to maximize the damages available to you.

Thorough Advice and Skilled Representation After a Bronx Car Accident

If you or someone you love has been hurt by someone else’s negligence in The Bronx, find out if you’re entitled to money damages for your injuries by contacting the zealous and trial-ready New York car crash lawyers at the Bronx offices of the Kohn Law Firm for a free consultation at 718-409-1200.