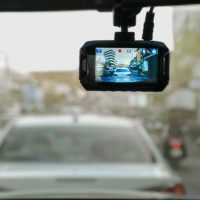 Determining who was the victim and who was in the wrong in the event of a Bronx car accident can be a challenge. Even when eyewitnesses are present, the accident may have taken place too quickly for them to see what happened, or they may not remember the accident clearly by the time of a deposition or trial. Many drivers are now deciding that they want the added protection of a less-fallible eyewitness and are installing dashboard cameras, or “dash cams” in their vehicles.

How the dash cam works

Not long ago, dash cams were something you’d find only in police vehicles. In recent years, however, these devices have become far less expensive to manufacture, making them accessible to the average driver at a cost of between $70 and $250. Depending on the model, dash cams are installed on either the windshield, dashboard, or rear-view mirror with a camera facing out of the front of the vehicle. Certain models also offer the option of a rear-facing camera, as well, which can offer backup support and provide another set of eyes for the driver. Some cameras offer the capability of recording audio and video within the vehicle’s cabin, as well as providing a 360˚ view of the car and its surroundings.

Dash cams can provide critical evidence in the event of an accident. If the drivers involved in a crash disagree on the circumstances leading up to a crash, the dash cam can provide police officers, insurers, or courts with evidence of the causes of a crash. Dash cams can be particularly useful if a driver leaves the scene of the accident. The camera’s footage might show the make and model of the vehicle, or, if the camera has audio recording capabilities, the driver could read the license number and description of the car to create a note if the vehicle didn’t appear on camera.

Some dash cams can be set to record continuously, even when the car is not in motion, and come with an impact sensor. The camera can send a notification of the impact to the owner when it occurs, as well as create a permanent “incident” file storing the moments immediately before and after the impact, to be used by the vehicle owner to identify a hit-and-run driver or thief.

If you’ve been injured by a reckless or careless driver in New York, find out if you have a claim for your medical expenses and lost wages by contacting the aggressive and effective Bronx personal injury lawyers at the Kohn Law Firm for a consultation, at 718-409-1200.